“Patchwork Kingdoms” is a data & generative art charity collection that I created for the Giga Connect project of UNICEF. All proceeds from the sale went to this project, which aims to connect all of the schools in the world to the internet. The Giga project has a dataset of 1 million schools and for ±280,000 of those they know if those schools are connected to the internet. I took this data about the schools, split it into 1000 subsets, and turned each school into a tiny square. All the squares together build up into two separate kingdoms, where those in the upright kingdoms are schools that are already connected to the internet, while those in the hidden / upside down kingdoms are not. Each of the 1000 pieces is thereby showing the “digital divide” that still exists in our world, and the funds from this sale will help to bring more schools from the hidden to the upright kingdom.

I was inspired by wanting to use simple shapes; circles, triangles, squares. Combining them into a multitude of ways to create something much grander than the separate shapes. Another part was to make this collection feel like “childlike wonder”, creating artworks that people would want to hang in their child’s bedroom.

Each of the Patchwork Kingdoms uses between 100 - 400 schools as its underlying data. Each school is turned into a square and the data of that school determines, in part, how that square will look (the complexity of the symbol, if it will “combine” with other schools, etc.). Those schools that are connected to the internet already are placed in the vibrant upright kingdom, while those schools not yet connected to the internet are in the hidden / upside down kingdom, representing the digital divide between the two.

Because each visual represents a tiny dual kingdom, I felt that it would be nice to connect all 1000 Patchwork Kingdoms together into a giant “map” of sorts. I therefore created a subtle background that runs behind all visuals, connecting each visual to exactly 4 neighbors, into a grid of 40 x 25 Patchwork Kingdoms. For example, all of the side-by-side images on this page are each other’s neighbors; their backgrounds flow into each other.

For a much more detailed explanation of how the data is woven throughout the visual aspect, the inspiration, the design, and more, see my write-up.

In April 2022 “Patchwork Kingdoms” got a tiny spin-off: “Patchwork Metropoles” where I got the opportunity to work with MakersPlace and UNICEF USA. These five new artworks imagine a future when all schools in a country are connected to the internet, the final goal of UNICEF’s Giga project. 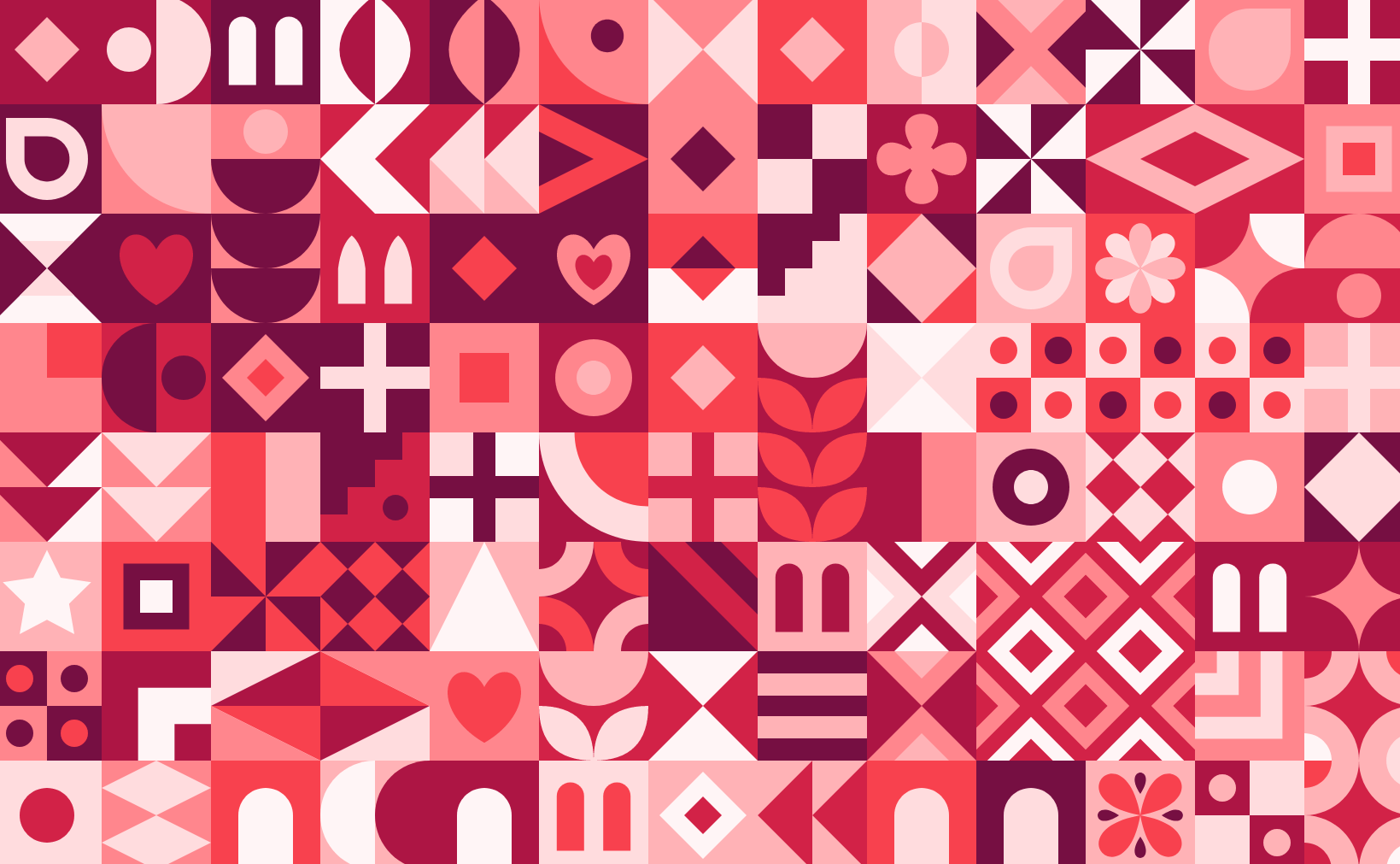