This visual shows all the stars that we’ve discovered within 20 light years from our Solar system, and the exoplanets belonging to 12 of those stars. When comparing the types of stars, it becomes clear that most are found around M-type stars. That is why projects such as NASA’s Transiting Exoplanet Survey Satellite has a prioritized list of similar type stars to look for even more exoplanets. The visual appeared in the 2017 December issue of the Scientific American.

Being an Astronomer (officially) I couldn’t say no to the request from Scientific American to create a visual about our nearby stars and their exoplanets.

Since stars are inherently circular, I immediately thought of showing the stars themselves in a beeswarm style, clustered to sit near their distance from our Solar System. Even better, I could use the actual colors that the stars are visible in to color each circle. After those two design choices, the rest of the visual came together quite quickly. 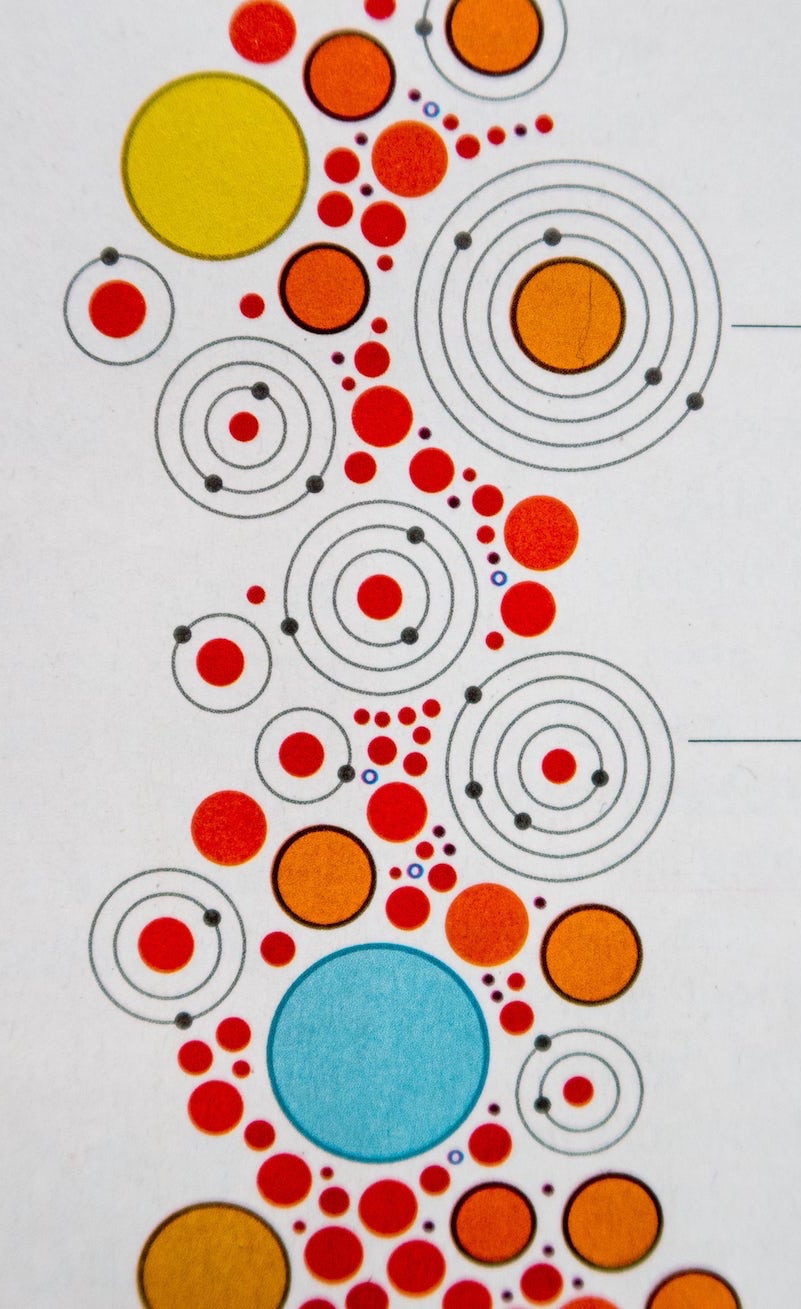